ForkMates is the brainchild of Chef Ariana Victoria. The concept of delivering healthy, professionally prepared meals evolved out of her passion for the culinary arts. Since returning to The Bahamas in 2015, Chef Ariana has quickly established herself as one of the nation’s most promising and talented chefs, having received top-notched professional and academic training at some of the most prestigious culinary institutes in Switzerland, New York and elsewhere. Her stellar reputation has also resulted in her being sought after as a specialist chef for celebrity clients while vacationing in The Bahamas.

Chef Ariana Victoria serves as the Executive Chef and Manager of Aquafire Bar & Grill Restaurant. Under Chef Ariana Victoria’s guidance, Aquafire has propelled to one of Nassau’s most popular eateries. She is pleased to begin this new venture, serving as the head of the Forkmates’ culinary team.

I started ForkMates because The Bahamas lacked a healthy, tasty, quick alternative for lunch. In New York City, great food is easily accessible at the touch of your phone or laptop button. There is no reason why we shouldn’t have this available in Nassau. Thus, ForkMates is The Bahamas’s healthy lunch delivery that you’ve been craving –
Chef Ariana Victoria McWeeney 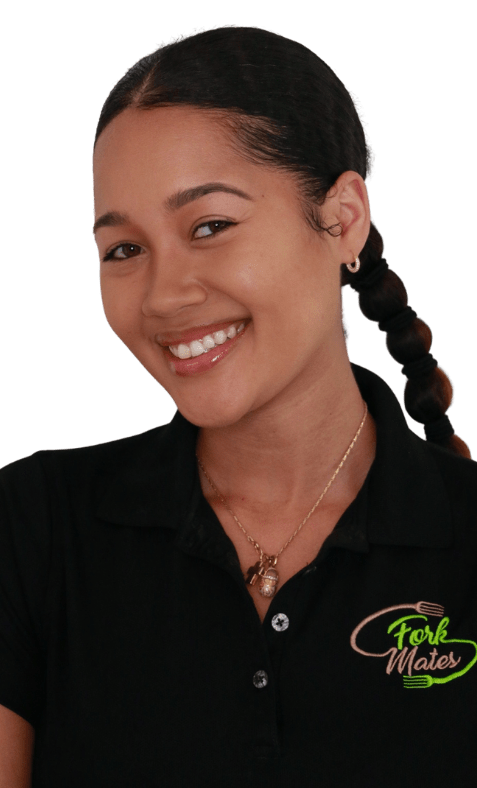